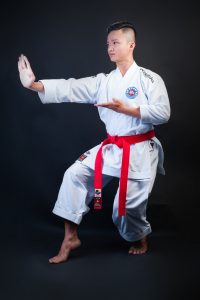 I admire a friend of mine who is a fourth degree black belt.  I noticed the rest of us would get upset at conflict so much easier than he would.  I realized later that it was because he had confidence.  He felt less of a need to defend himself or attack back.

He introduced me to a book called Verbal Judo, written by a police officer, George Thompson, Ph.D., and Jerry B. Jenkins.  The founder of judo, an Olympic Sport, had a philosophy of “Maximum efficiency, minimum effort.”  “The Gentle Way” is used to describe judo.

When these truths are violated, they are usually in the form of criticism or commands.  This is a trigger for an adrenaline rush. It can be perceived as a threat.  Threat means fight or flight, and anger.  In that case, is it possible to handle criticism or commands? Without getting aggressive? Maybe even be ready for it?  If you attack back you got yourself a fight.  “Never use words that rise steadily to your lips, or you’ll make the greatest speech you’ll ever live to regret.”

Judo is less about countering energy with combat and more about containing it.  We use our opponents energy, not and less of ours.  Empathy helps separate us from the other person and not take on their problems.  Criticism or commands carry the weight we allow.  How much weight do we put on someone else’s statements?  Maybe a lot, if the statements come from family, friend or supervisor.  We all can have fear of not being good enough, rejected or abandoned by others.  Is there a way to work with these statements without acting on these fears?

The goal of verbal judo is to create an ease with confrontation, without triggering the fight or flight system. It depends on one’s ability to read an opponent and redirect aggression.  Thompson writes, “If an opponent upsets you, he or she owns you.” “When you react, you’re being controlled.” “The inner voice is almost always negative.” As the Confucian philosopher Sun-tzu put it: “To win one hundred victories in one hundred battles is not the highest skill. To subdue the enemy without fighting is the highest skill.”

Verbal judo techniques do not personalize attacks. For example, “When man throws spear of insult at head, move head! Spear miss target, leave man empty-handed, spear in wall, not in you.” They ignore insults and springboard over them by making statements that you will not be bothered, like “I ‘preciate that . . .”, or “I understan’ that . . .” or “Oyess” and explaining their point of view.  An opponent listens most when someone is explaining his or her own point of view.  Arguing and appearing defensive will only make your opponent believe he or she is right.

Is explaining someone else’s point of view effective? Here are the top ten reasons it is more effective.

To move up the ranks in verbal judo requires insight. The samurai warrior, when surrounded by attackers, went absolutely still inside. They say that if you don’t know yourself, you lose one hundred percent of the time. To be prepared, know your triggers. What you are saying is almost irrelevant to body language and voice tone: slower and lower.  Once your opponent feels understood, they are usually less resistant to understanding you.  Thompson learned that in his line of work, “The less ego you show, the more power you have.”

This technique is not recommended to respond to abuse!