Do I Have an Addiction?

Once described as both the cause and solution to all of life’s problems, addiction may not start as a problem, but unintentionally becomes one. Or, it may be a way to cope with difficult life circumstances. Signs of an addiction include “unintended outcomes,” the problems that develop due to preoccupation, compulsion, wanting more of the behavior or substance over time, or feeling emotionally or physically worse without it. Treatment approaches at Blair Counseling include stress management, craving reduction, motivational interviewing and establishing a support system.

Addictions don’t start as addictions. They are often behavior that at one time was not a problem, or was a way to cope with difficult life circumstances. Physical reactions caused by substances are turned into cravings by the part of the brain called the insula. What makes a “bad habit” into an addiction is preoccupation, compulsion, increased tolerance of the behavior or substance, symptoms of withdrawal, and continued use despite negative consequences. Blair Counseling looks for ways to reduce stress and the craving for a particular behavior or substance, and find the right support system. 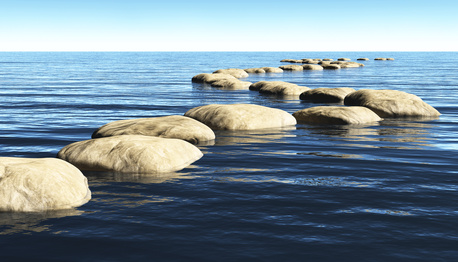 STEP ONE is about recognizing our brokenness.
We admitted we were powerless – that our lives had become unmanageable.

Patrick Carnes references in his books on addiction four core beliefs that can drive addiction:

1. I am basically bad and unworthy.

3. My needs are never going to be met if I have to depend on others.

4. (My addiction) is my most important need.

STEP TWO is about the birth of faith in us.
Came to believe that a power greater than ourselves could restore us to sanity.

How often do you ask for help, or turn to someone you can trust? How about while you were growing up?
How do you view God? Punishing? Accepting? Non-involved? Nonexistent?
Who or what has influenced your view of God?

STEP THREE involves a decision to let a Higher Power, bigger than the self alone, be in charge of our lives.
Made a decision to turn our will and our lives over to the care of God as we understood Him.

What would prevent you from turning your life over and trusting a Higher Power?
How is a Higher Power working in your life now?
How would you answer the question, “I’m only loveable if . . .. ”

“My wounds are my teachers. I am open to their lessons. I embrace my past.”

“Trusting life comes from making some meaning of who we are, of what we are all about. When we confront shame, we become aware of emptiness, a spiritual hunger. Our attempts to fill this hunger with controlling, compulsive behaviors only lead to pain and remorse. Carl Jung was aware of this compulsive “filling of the void.” He wrote to Bill Wilson, the cofounder of AA, saying that he though alcoholism was the search for wholeness, for a ‘union with God’” (Merle A. Fossum and Marilyn J. Mason, Facing Shame: Families in Recovery).

STEP FOUR involves self-examination.
Made a searching and fearless moral inventory of ourselves, positive and negative.

Next, these signs can be used to develop relapse prevention including:

STEP FIVE is the discipline of confession.
Admitted to God, to ourselves, and to another human being the exact nature of our wrongs.

STEP SIX is an inner transformation sometimes called repentance.
Were entirely ready to have God remove all these defects of character.

STEP SEVEN involves the transformation or purification of our character
Humbly relied on a Higher Power to remove our shortcomings.

Patrick Carnes also suggests the use of the following tools:

STEP EIGHT involves examining our relationships and preparing ourselves to make amends.
Made a list of all persons we had harmed and became willing to make amends to them all.

STEP NINE is the discipline of making amends.
Made direct amends to such people wherever possible, except when to do so would injure them or others.

STEP TEN is about maintaining progress in recovery.
Continued to take personal inventory, and when we were wrong, promptly admitted it.

More tools that can be used in this step include:

STEP TWELVE is about ministry.
Having had a spiritual awakening as the result of these steps, we tried to carry this message to others, and to practice these principles in all our affairs.

This confidential screening is for adult completion. It is not diagnostic and shall not be interpreted to indicate the need for treatment. It is not a substitute for clinical evaluation.