Do I Have an Anger Problem?

Fueled by stress hormones, you may feel so frustrated with a situation that you cannot stop thinking about it, or acting in ways that are not satisfying. Goals at Blair Counseling include knowing how to handle a situation and reduce stress levels. We are also certified to complete anger evaluations and anger management sessions for court.

Anger combines cardiopulmonary symptoms with a narrowed focus on a problematic situation. You may feel that you cannot stop dwelling on disturbing situations. Even without one’s awareness, hyperventilation leads to increased alkalinity of nerve cells leaving one feeling nervous or excitable. It also decreases the availability of carbon dioxide leading to increased heart palpitations, blood flow, increased muscle tension and unusual sensations. This response affects judgment and impulse control. Anger is meant to energize, but may lead you to act in counterproductive ways. Treatment at Blair Counseling includes relaxation techniques, stress management, and finding the best way to accomplish your goals in a given situation. 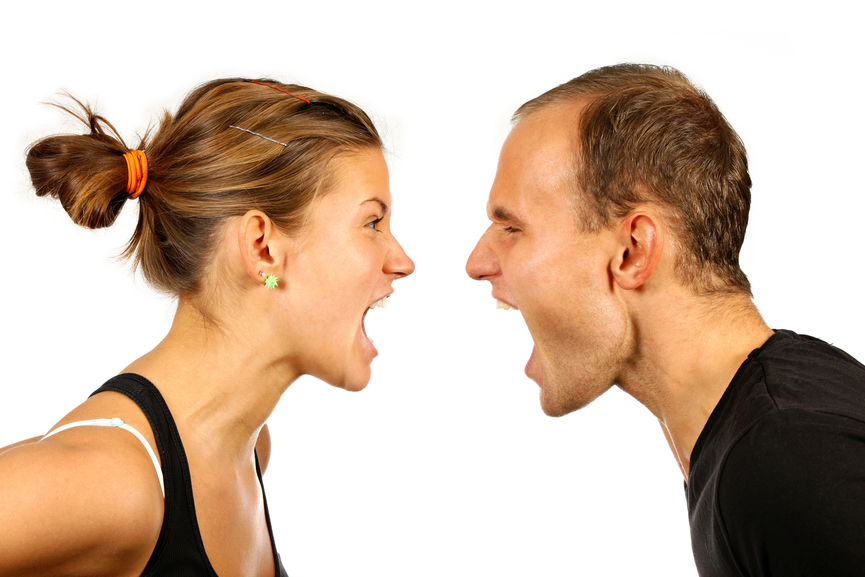 One person put it this way, “You know the feeling, the rush when you feel taller than a mountain and stronger than superman, every single muscle and nerve is on red alert, you tingle all over and you believe that you could take on the whole Green Bay Packers team and win!” (Carole J. Thompson). Adrenaline in your brain triggers a cascade of biochemical reactions and natural opioids in the brain. Adults and kids feel the rush and the power of a fight, either verbal or physical. In this state you can feel powerful, and justify anything. Someone else is always to blame. You may know you have a problem, but cannot resist it. In between binges of verbal or physical aggression you may apologize and promise it will never happen again, but it does.

Now that we can peer inside the activity of a brain we know a lot more how it works, though research is just scratching the surface. Without naming parts of the brain and their functions, I will quote one summary of the brain: “Think of the brain as a survival machine, and anger as a survival enhancing emotion” (Ron Potter-Efron, in a 2012 lecture). This means the brain uses emotions to enhance survival and prepare for threats. Fear and anger run along the same pathways in the brain, also known as the fight or flight autonomic nervous system, or sympathetic nervous system. Our brain can generate instant energy in 1/20th of a second, far before we can even realize it (at 1/2 of a second), sub-consciously pre-directing our behavior. Anger is an emotion it produces. Aggression, however is defined as a behavior.

Before you even feel anger, signals in your brain prepare your muscles for instant actions, and then a flood of stress hormones trigger instant responses in your body. Heart rate and blood pressure increases, airways in the lungs expand, and blood flows away from the digestive system. Fight or flight, the sympathetic nervous system is the opposite of the parasympathetic nervous system, known as the rest and digest system.

Furthermore, the process of an adrenaline rush instantly overrides the conscious part of our brain that is able to put on the brakes, see the impact of one’s behavior and words on others, switch gears, see options and other points of view, and accelerate toward appropriate course of action. Creativity, humor, empathy, logic, and memory is compromised.

Over time, the brain selects memories that are the most intense as a guide for future action. So, over time, events colored by anger distorts accurate recall and may inaccurately predict the future. You may think you are perceiving threat where there is no threat. Defensiveness becomes automatic. Over time your brain becomes wired for anger, both attack and defense.

Since anger is associated with perceived threat researchers have found that a sense of safety is the best anger inhibitor. Creating a sense of safety involves a number of strategies. Lowering stress levels, and then practicing both calming techniques and responding to triggers differently is crucial.

Starting with prevention, we can identify sources of stress and triggers. Sources of stress are too many to list, but often are associated with pressure and conflict at home, academic or work pressures, unknown medical, diet and sleep issues, sensory issues, history of trauma and abuse, loss, mood disorders, anxiety, attention-deficits, and substance use. Reducing these stressors and effective coping strategies may be the most important step in reducing anger and aggression. It is stabilizing for an individual to have their own sense of accomplishment, connection to others, enjoyment, and self-care, memorialized by the acronym “ACES.”

Another way to reduce stress is calming techniques. We all have a part of us that needs our attention.

• Awareness of the feeling of anger in your body, before it is overwhelming. Where do you feel it? Awareness includes mindfulness: building a relationship with one’s feelings, thoughts, and sensations in an accepting, curious and compassionate way versus fearing them. Where did they come from? What are they there for?
• Breathing techniques include belly breathing, deep breathing using your diaphragm. Many do not realize they hyperventilate, which leads to emotional reactivity, insufficient carbon dioxide, and a higher pH level in the blood. To lessen the intake of oxygen and balance with carbon dioxide, breathe in through the nose and out through the mouth. Breathe out slower than you breath in. Your stomach should extend, not your chest. For kids, you can also use balloons, bubbles, or “hot cocoa breathing” (pretending to smell hot chocolate and gently blowing it so that it cools).
• Calming Techniques employ the five senses to relax the body. Just notice what you think about when your mind wanders and gently come back to your senses.

• Distraction Techniques are anything that effectively holds your attention for some time until the adrenaline can metabolize. Walking or counting backwards seems especially helpful, drawing blood flow away from the brain’s alarm system.
• Expression Techniques is expressing anger in non-destructive ways. Exercise or other activity can put the adrenaline to good use and a by-product is carbon dioxide.

In addition to reducing stress, triggers need to be identified. Triggers are identified by an external event along with your interpretation of that event as a possible threat. Triggers are perceived as unexpected, preventable, and intentional. Events that run counter to our expectations turn into triggers. If you expect to be stalled by a traffic light, chances are you will not be triggered. However, if you do not expect to be cut off in traffic, you may be triggered. So adjusting expectations to ones that are more realistic may help reduce triggers. A second common component of triggers is that triggers are seen as preventable, therefore change can be demanded. This involves a belief about right or wrong, some form of a “should”. Right or wrong does exist, but if expectations are demanded they can create a power struggle. The last common feature of a trigger occurs in the perception of threat. This thinking process of turning events into triggers may be a magnification of threat, making it worse that it really is, or result in minimization of your ability to handle it.

Use self-talk to reduce perception of threat. Use reminders to use self-talk.

The brain uses mirror neurons in the anterior cingulate cortex to develop empathy, which is the opposite of anger. Anger is about your needs, empathy is about the other person’s needs. There can be a balance between the two. By developing the part of the brain that is able to integrate multiple points of view we are able to go on-line with other brains. Our brains are designed to be social. We can upset each other and we can calm each other. Empathy absorbs tension. We can also use multiple points of view to solve problems instead of just trying focusing on our own needs. There is no cure for anger without empathy.

“Verbal Judo” is written by George J. Thompson and Jerry B. Jenkins. It is written by a police officer to train police officers to use the power of empathy to move with an opponent instead of direct opposition (as in the use of arguments). It then redirects energy toward the benefits of positive behavior or costs of negative behavior.

The goal of verbal judo is to create an ease with confrontation, without triggering the fight or flight system. It depends on one’s ability to read an opponent and redirect aggression. It bends rather than breaks. Thompson writes, “If an opponent upsets you, he or she owns you.” “When you react, you’re being controlled.” “Never use words that rise steadily to your lips, or you’ll make the greatest speech you’ll ever live to regret.” “The inner voice is almost always negative.” As the Confucian philosopher Sun-tzu put it: “To win one hundred victories in one hundred battles is not the highest skill. To subdue the enemy without fighting is the highest skill.”

Verbal judo techniques do not personalize attacks. For example, “When man throws spear of insult at head, move head! Spear miss target, leave man empty-handed, spear in wall, not in you.” They ignore insults and springboard over them, i. e. “I appreciate that . . .”, or “I understand that . . .” or “Let me be sure I heard what you just said.” An opponent listens most when someone is explaining his own point of view. Another tactic harnesses an opponent by asking questions instead of criticizing. Arguing and appearing defensive will only make your opponent believe he or she is right.

To move up the ranks in verbal judo requires insight. The samurai warrior, when surrounded by attackers, went absolutely still inside. They say that if you don’t know yourself, you lose one hundred percent of the time. To be prepared, know your buttons. What you are saying is almost irrelevant to body language and voice tone: slower and lower.

Two additional forms of anger that I did not directly address is resentment and rage. Resentment comes from a passive-aggressive wall of anger built brick by brick. Taking down the wall takes time proportionate to the time it took to build the wall. It involves understanding of the hurt behind the wall, expression of remorse and dedication to rebuilding trust and a sense of safety. Rage involves a loss of conscious awareness of one’s behavior for a couple of minutes up to a couple of hours. That means there is an inability to explain what happened. One that rages is like an alcoholic. Too much alcohol and you “black out.” The key is to control the drinking at earlier stages in the game. So it is with rage.

In summary:
Prepare- reduce stress, know your triggers, use self-talk
Pause – increase ability to stop your own reaction
Paraphrase – feel what the other person is feeling
Propose – “We need to sound as if we care, keep our egos out of it, sound as if we care, and present options that will have a powerful influence” (George Thompson).

Further information can also be found in the book “What’s Good about Anger?” by Lynette J. Hoy and Ted Griffin, or through an anger coach.

This confidential screening is for adult completion. It is not diagnostic and shall not be interpreted to indicate the need for treatment. It is not a substitute for clinical evaluation.