What to Expect When Divorcing 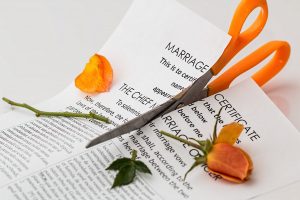 Divorce can be devastating, from the immediate aftermath effects on finances, parenting, and social status. Understanding the aftermath, realignment and stabilization phases can help, though it still takes time to recover.

The emotional process before, during and after divorce is similar to the effects of trauma. Normal reactions include shock, denial, guilt, restlessness, agitation, anger, emptiness, and hopelessness. The fear of the unknown future cannot be overcome except in time. This roller coaster affects sleep, appetite, concentration, decision-making and memory. You may feel ill or numb. You may want to be alone or not be alone. Rumination is likely.

It is difficult in the first stage to not blow up at your spouse and blame him or her for making you a victim. It may be impossible at this time to look at the relationship objectively. Problems resolving conflict in the marriage will be magnified in the divorce. The family and extended family will be affected.

The legal bills in the first month could pay for a lifetime of marriage counseling. Parents may be left with little financial cushion. Bankruptcy is possible. Divorce creates a demand for additional financial support, along with expectations. Many decisions have to be made including the value and disposition of the marital residence, vehicles, bank accounts, retirement accounts, stock options, bonuses and other investments. Each participant should gather information from an attorney or tax accountant specializing in divorce to understand the implications of one’s financial decisions, for example, on tax filing.

Parenting also changes. The urge may be to meet personal needs through the children. Children should not bear the responsibility of satisfying need for closeness and cooperation. Parents may feel hurt by the kids, or may feel guilty and indulge the children.

One of the primary decisions made in the best interest of the child involves sole or joint custody. A sole custodian means that the relationship between the parents is too conflicted to make decisions in the best interest of the children. A joint custody arrangement means that co-parents can generally work together. Parents need to work together to determine the needs of the children, like appropriate medical care, child care, parenting time, use of holidays, vacations and other special times, location of the parent’s homes, and educational and religious training.

Divorce mediation may be used at this time to focus on direct and effective communication in making parenting and financial decisions that benefit both children and parents, and which aims to reduce repeated visits to court.

Social status is affected by a sense of failure that isolates, and possible judgments from others. The goal is to retrieve positive self-identity and reinvest in relationships. Fears propel premature future relationships and marriages.

The second phase is the realignment phase, described by some as a three-year roller coaster ride. People fill time and emptiness with people and worry, possible avoiding the pain. Some continue the same kind of conflict with their ex-spouse that they had when they were married. In fact, one expert reported that one-third of those in “bad” divorces slept with their ex. Those in a “good” divorce did not. Recovering financially takes time, and may involve major changes like selling the home or working more than ever during this time of loss, change and demand. In the process of acceptance, a question needs answering: What did the divorce solve or not solve for me?

Protecting the children from the harmful side of divorce is often neglected, sometimes unintentionally. The goal under most circumstances should be consistent and calm involvement from each parent in each child’s life. Most children on some level wish for a relationship with both parents. Each parent can take part in not only providing financially but also providing influence on moral, social and educational development. Ideally, contact and affection would be unhampered and each parent would not get in the way of the child’s own developing sense of perception, and feelings about the other parent. Parents would not criticize each other within hearing range, or to put the kids in the middle by making them messengers (delivering positive or negative messages can feel like a burden to kids, when the responsibility to communicate belongs to the parents). Another rule to follow is to not tell the kids about future plans that will affect the other parent without talking to the other parent first.

Socially, both women and men tend to turn to women for support. Social status is possibly viewed through the subtle influence of sexism and ageism, discriminating against older women. Younger women are often more of a “package deal” with their children.

Stabilization can take five years after divorce, unless one is in a blended family which can take another five to seven years. Relationship patterns become solidified, along with possible distance between non-custodial parent and child. Children almost never give up their hope and connection to be with both parents.

The author Dan Blair is a Divorce Counselor, Divorce Mediator and Parenting Coordinator at Blair Counseling and Mediation.

“The Postdivorce Family” by Fredda Herz Brown in The Changing Family Life Cycle ed. by Carter and McGoldrick.