The Role of Faith

By Blair
Posted December 6, 2018
In Articles, God, Reasons for Christianity
0
0 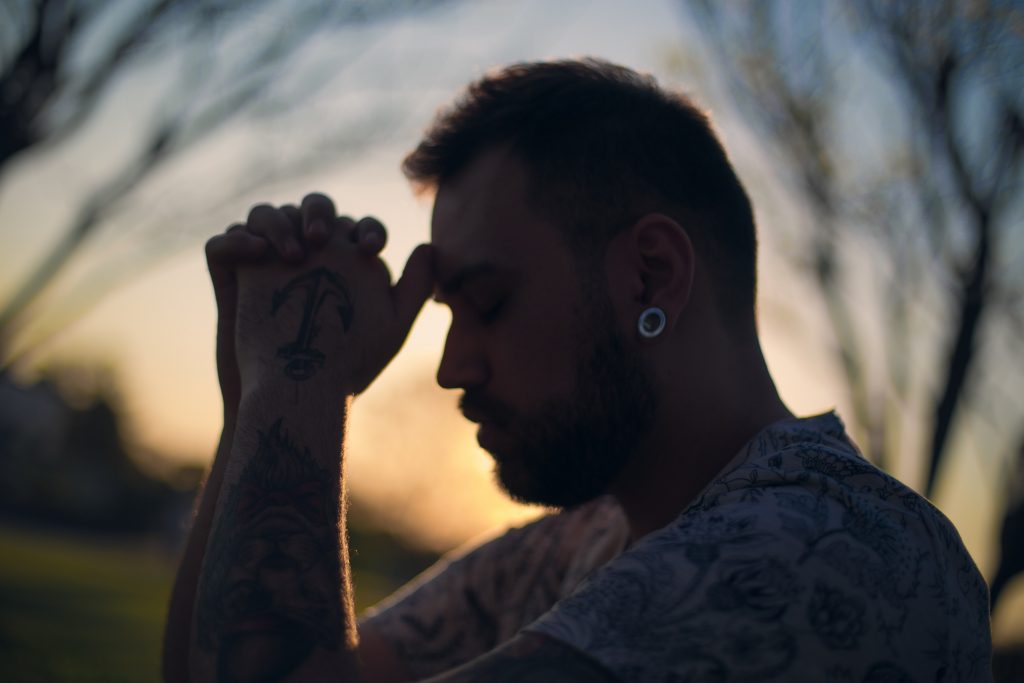 Some look to their faith in God in their happiest or awe-struck moments, or some lean on their faith in their lowest or darkest times. Some turn to their faith “just in case it’s true,” and some long for a relationship with a loving God. Some “know or feel” that He is real, and others have found facts to undergird their faith. Often the evidence found reflects one’s personal preference.

For those that look for evidence, both philosophy and science are examined. Science is not enough to explain causes for:

The beginning and fine tuning of the universe, laws of nature and mathematics

The source and complexity of the beginning of life, a genetic code to create life from non-life, mind, consciousness and free will

The beginning and fine tuning of the universe, laws of nature and mathematics

Athiest Stephen Hawking estimates that if the expansion rate of the universe was different by one part in 100,000 million million, one second after the big bang, the universe would have either collapsed back on itself or never developed galaxies. No cosmic evolutionary process can account for this. If the gravitational force were different by one part in 10 to the 40, which is one part in 1 followed by 40 zeros, our sun would not exist and neither would we. That number is like comparing 1 inch to the rest of the entire known universe. If a variation in the process of resonance in the creation of carbon were more than 1% either way, the universe could not sustain life. If the difference in the ratio of nuclear strong force to the electromagnetic force had been different by one part and 10 to the power of 16, no stars could have been formed . . . That is the kind of accuracy a marksman would need to hit a coin on the far side of the observable universe, 20 billion light years away. Cover America with coins and a column reach into the moon, and then do the same for a billion other continents of the same size. Paint one coin red and put it somewhere in one of the billion piles. Blindfold a friend and ask her to pick it out. The odds are about one in 10 to the power of 40 that she will. It is argued that an alteration in the ratio of the expansion and contraction forces as little by one part and 10 to the 55 at Planck time (just 10 to the -43 seconds after the origin of the universe), would have led to too rapid an expansion of the universe with no galaxies forming or too slow an expansion with consequent rapid collapse. But in order to start off the universe in a state of low entropy – so that there will indeed be a second law of thermodynamics . . . the ‘Creator’s aim’ must have been accurate to 1 part in 10 to the power of 10 to the power of 123, that is 1 followed by 10 to the power of 123 zeros, a ‘number which it would be impossible to write out in a usual decimal way, because even if you were able to put a zero on every particle in the universe there would not be enough particles to do the job’. By natural processes could life be sustained with exactly the right surface gravity, surface temperature, atmospheric composition, atmospheric pressure, crustal iron abundance, tectonics, volcanism, rotation rate, rotation rate decline, stable rotation axis and degree of tilt?

The source and complexity of the beginning of life, a genetic code to create life from non-life, mind, consciousness and free will

All of the 3 billion characters of your genome must be right, except a rare error, for you to survive. No physical or chemical reaction mandates the arrangement of these genetic letters. Can natural forces determine codes? Richard Dawkins says that the amount of information in a one-celled life, like an amoeba, has as much information in its DNA as 1,000 Encyclopedia Britannica’s. Information from DNA is so dense that if you transfered all of the books in all of the world’s libraries into the language of DNA it would fit into a volume equivalent to 1% of the head of a pin. Can this occur naturally? Could an entire bookstore created by an explosion in a print shop?

If evolution is the mechanism by which living organisms develop advantageous mutations, would they have immediately developed the means of replicating or the coding mechanism like DNA to facilitate that? That life came from non-life is amazing—that it could emerge with the mechanisms necessary to create a second generation of life makes already-slim probabilities even slimmer. These are logistical challenges that a purely material view can’t properly answer. The chances are unbelievably slim. Materialism is not the safest bet. An Intelligent Mind that has orchestrated the process is far more likely. For example, single cell organisms are found in the oldest rocks.  Is there enough time in the universe for this to happen? The odd against producing the hundreds of thousands of proteins required for life by chance is more than 10 to 40,000 to 1.  Dr. Stephen Meyer in his book Darwin’s Doubt shows through experimentally based calculations that the standard mechanism of mutation and natural selection also wouldn’t have “enough opportunities to produce the genetic information necessary to build even one single novel gene or protein, let alone all the new genes and proteins needed to produce new animal forms.” He adds, “Even in a best case scenario – one that ignores the immense improbability of generating new genes by mutation and selection – mutations in DNA sequence would merely produce new genetic information. But building a new body plan requires more than just genetic information. It requires both genetic and epigenetic information – information by definition that is not stored in DNA and thus cannot be generated by mutations of the DNA. It follows that the mechanism of natural selection acting on random mutations in the DNA cannot by itself generate novel body plans, such as those that first arose in the Cambrian explosion.” Can unguided natural processes create genetic information? Given the second law of thermodynamics or the law of entropy, should we expect natural forces to produce the order and specificity of thousands of pages of genetic information from non-living materials? Science has discovered that the gap between life and nonlife is wider than thought. Even a simple cell has thousands of pages of genetic programming.

Are you completely determined by the laws of physics according to science? Or do you have free will? Mind, consciousness and free will and even reason cannot be explained by science because it is immaterial. Atheist evolutionary biologist J. B. S. Haldane put it well. He wrote, “If my mental processes are determined wholly by the motions of atoms in my brain, I have no reason to believe that my beliefs are true… and hence I have no reason for supposing my brain to be composed of atoms.” He then has no reason to trust anything he believes, including atheism and evolution.

“It’s pretty hard to get objective morality without religion,” said Richard Dawkins. Can science give you objective morality? How could a mutating genetic code have the moral authority to tell you how you ought to behave? The very critiques of those who condemn Christianity for various injustices are rooted in Christian precepts. The existence of morality and suffering though, is not debated. Who is responsible for it, though, is debated.

Evidence is used to explain one’s faith. Many will not look for evidence for a faith that is not attractive. For example, the Bible has far better manuscripts and supporting evidence than any other ancient documents. It is bolstered by archeological finds and appears impossible that any or all of the Bible’s specific, detailed prophecies could have been fulfilled through chance or deceit, yet it can be casually dismissed. Another example would be the resurrection of Jesus. Because the initial followers witnessed the resurrection it removed their fear of their own deaths based on their beliefs. What would be the best way to account for the rapid rise in Christianity? Overarching values of compassion, love and tolerance along with no fear of death enabled them to not only be willing to die for their faith and reach out to the poor, sick and disenfranchised. Looking at the evidence may be summarily dismissed. Pascal wrote, “People almost invariably arrive at their beliefs not on the basis of proof but on the basis of what they find attractive.”

Faith, and facts undergirding faith, will continue to be a source of comfort. Loss of faith is associated with distress. If God is real, and He offers a relationship in the present, such a relationship has to be attained through evidence and faith. Benefits exist for believing in God, and for not believing in God (like no accountability).

Stealing from God by Frank Turek

There Is a God: How the World’s Most Notorious Atheist Changed His Mind by Antony Flew

Dominion: How the Christian Revolution Remade the World by Tom Holland. Tom Holland is not a Christian. His book is one of the most ambitious historical defenses of Christianity.