By Blair
Posted April 16, 2019
In Articles, Blended and Step-Families, Co-Parenting, Communication with an "Ex", Complaints About Other Parent
0
0 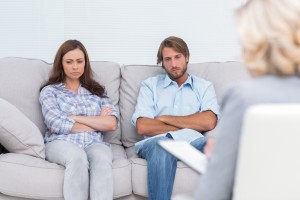 Step-families are much tougher than I expected. Divorce rates are reported to be about double, and both parents and kids are affected in ways that I have never realized. One way to understand the challenge is to identify the perspective of two groups, and each family member can be part of either group at different times. The two groups referred to are Insiders and Outsiders. Both insiders and outsiders are marked by loss, fueled by jealousy and can potentially isolate step-family members. It affects both the marriage and parenting, and both parenting with our spouse and parenting with our ex.

Insiders are connected with biological bonds that are automatic in both defending the bond and desire to connect. They are based on a lifetime of shared experiences and values. You know the feeling of falling in love? That really never goes away with your children. It is big enough to endure in sickness and in health and for better or for worse till death do you part. If you criticize the child you criticize the parent and vice versa.

Outsiders often feel like Intruders. They have to earn their way to build a bond. It takes years and sometimes does not happen. They can feel alone, invisible and inadequate. There are so many ways they give as a parent would but may not be recognized as a parent would.

Loss is an undercurrent behind typical blended family issues. The loss of a marriage, and time between parents and kids will appear behind the scenes in a blended family. It’s like a two-sided coin where enjoyment with one side of the family is accompanied by sadness. Kids and parents often don’t have the language to express this well because it is going on behind the scenes.

I know that my stepdaughter felt this way when we were having fun she missed her dad. It happens for parents too. For example a couple of weeks ago I came home one night really looking forward to spending some time with my son because I hadn’t seen him. When I got home he was not there and I was disappointed and when my wife was having fun with her kids I felt sad and jealous. My wife said she was in kitchen with her daughter and they were laughing and I walked in and she threw a carrot at me. I turned around and walked away. She used to get annoyed with me because it seemed I went into hiding. She is thankful though when I shared what I was feeling with no blame. She was “on the top of mountain” with her kids but also feeling low in a valley because her high equaled my loss. She used to think she wasn’t allowed to show that I was having a nice time with her kids. Usually when care is shown, feeling can dissipate and bonding can occur.

Other losses include loss of attention and space in the home. Sharing a home with another parent and other kids can be tough. It is often too much change too fast.

Insiders have a dream that their new spouse will be a better parent then their ex. The reality is that kids are not looking for that. They may live under the same roof but still have to be reminded to say hello, while it is natural for a biological parent. Patricia Papernow, a stepfamily expert, said, “Even the best artificial limb can’t replace the real one.” Loss is helped by striking a balance between insider and outsider time for both parents and children.

Parenting involves a balance between attempts to connect and attempt to correct. With biological and insider bonds there are millions of connections that have already been made that can withstand a large number of corrections. For stepparents without the complex network of connections, corrections will be far less effective. Even if a stepparent can get the child to comply with rules, the chance of a close relationship is reduced.

One night my wife and stepson had an argument and she had asked him for his phone and he refused and was disrespectful. She got scared and called me for back-up. She was wishing for me to ask her son to hand his phone over. I came in at a different angle and suggested we calm down first and then sit down and talk. She did not feel supported and got angry at me. Now we were all angry. We needed to calm before we could work it out.

Unlike becoming a parent, becoming a stepparent is a choice that can be undone. The challenge is overwhelming at times. I had to give myself room to accept this, and find support.

Communication involves both sides talking about both sides. It is not the point and counterpoint of an argument. Accountability involves asking another person for something without trying to convince them. If the other person refuses then you make another offer or set a boundary. A boundary is the line between what you are willing to do and what you are not willing to do.

Understanding how insiders and outsiders impact parents, kids, and ex-spouses can alleviate a lot of pain and resentment. The losses are real, but may be covered by anger. Without the language describing the emotions and fears underneath the pain, battle lines can be drawn and years can be in turmoil.

For more information: What to Expect When Blending a Family and Blending Family Myths.