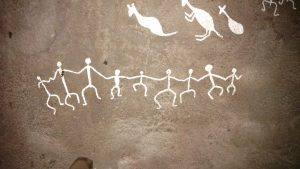 The task of blending families is daunting. Adjustment to stepfamily is more stressful than adjustment to divorce. A stepfamily is not the same as a biological family. It can be one of the most difficult maneuvers, even for otherwise successful parents and productive members of society. Different personal and family histories create expectations that seem impossible to adjust. What makes a marriage work does not make a stepfamily work. Parents renew their dream of family life, which is often not shared by the children. And then, there are the other members of the family – the ex-spouses, or in other words, coparents.

E. Mavis Heatherington reveals in her research documented in her book For Better or For Worse: Divorce Reconsidered, that is takes five to seven years to reduce the tension found in new step-families. Patricia Papernow agrees, saying that it takes a stepfamily an average of seven years to experience authenticity and intimacy. James Bray in his research found that a loving well-functioning stepfamily does not act or think like a family for two or three years. Some experts suggest that it may take as many years as the age of the child at the time of remarriage. Meanwhile, protecting time within the biological sub-units of the stepfamily affirms that the relationships with primary attachments are protected. That is not an indication of family division. Often stepparents can’t expect to have the same kind of bond as with their biological children. Knowing what to expect when blending families is a must.

The challenge is real, especially in view of a reported 60 to 65 percent divorce rate. The chance of divorce when step-children are involved is 50 percent higher than remarriages without stepchildren. Making the marriage work is top priority. Parents may feel guilty that their kids had to suffer through a divorce, and may undermine their second marriage to cater to the kids. Parents may expect the stepfamily to be better than biological family but there is more loss and loyalty binds than the original family. Normal parents and kids feel jealous and inadequate, and get resentful. The marriage, which may be one of the most vulnerable relationships in the stepfamily, needs to be protected and not in competition with the biological children. There is enough love and reassurance to go around for both relationships.

Coparents that keep their kids out of conflict between them greatly increase the chance of the children’s successful adjustment. Signs of cooperation between the parents are healing for the kids. Ron Deal, in his book The Smart Step-Family, compares the two homes of divorced parents to two countries with different customs and expectations. Imagine how hard it is for kids to adjust, and then imagine these two countries going to war. Every transition would be a move into enemy territory.

Giving the blended family time to develop is crucial. Most tension is the result of expectations that are unrealistic or premature. Guard the marriage, which is a fragile relationship in a blended family, and the relationship with the biological children, a bond that needs extra care in the step-family. Take time and build a new relationship with the stepkids. They are often still grieving the loss of their parent’s marriage. When you first starting dating your new spouse, you took your time before you started acting like a spouse with the expectations of a spouse. Even though you may be living with your stepkids, take your time before acting like a parent with the expectations of a parent. Biological parents and children have an attachment bond that is strong even before the kids can talk, and it has been strengthened over the years as the child has positive experiences with his or her mom and dad. After a bond is solid, the negativity from discipline is better tolerated. As trust develops, so will one’s influence.

For more information, see: What to Expect When Blending a Family and Redemption Story: Blending Families.

Support for Pastors at No Cost
Divorce Mediation 101