Does This Count as Cheating? 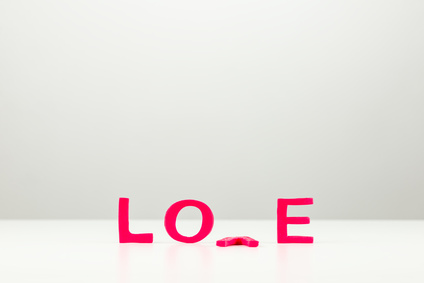 Cheating on someone is defined by the one betrayed. It can take different forms and result in anywhere between hurt and disaster. For some it may be an internet excursion, coffee, or a kiss. For others, it is defined by sex. In the case of “harmless fun,” maybe it’s not so much what is said or done, but how you feel afterward that sets the stage for wanting more. It is an emotional connection that lays the groundwork for a physical connection. For most, infidelity is both a reflection of character and breakdown in your relationship.

Definitions of “cheating” differ from relationship to relationship. For most, secrecy is paramount to the definition, along with engaging in an activity that is robbed from the relationship. Maybe you are opening up to someone at work, or at the gym, but finding yourself rushed for time when it comes to sitting down with your partner.

If such an interaction with another is hidden, or not mentioned to your partner, it gives you the chance to hide the relationship if something questionable develops in the future. Other hidden communications include passwords, site destinations, or even innocent conversations that are not mentioned. There may be a reason it is not mentioned.

How does it feel when interacting? Is there a feeling of excitement or anticipation? Do you feel or do anything different for this person that you don’t do for others, including your partner? Does it reflect something that is missing in your relationship?

Sometimes relationships begin to break down before we realize it. Not being there for your partner can be subtle or obvious, but starts in small ways. Marital researchers such as John Gottman, Caryl Rusbult and Shirley Glass have described steps toward infidelity.

If an increasing loss of connection is added to inevitable conflict, eventually partners may start withdrawing and withholding true thoughts and feelings to avoid a fight. Meanwhile, a negative view of one’s partner solidifies, and one stops looking to the partner to get needs met.

Resentment builds and over time leads to loneliness, low desire, and loss of romance, fun, and adventure. Boundaries are crossed when alternative relationships are not dismissed, thus becoming options. Secrets flourish and “someone else” becomes tantalizing.

Surprisingly, two-thirds of couples want to stay together after an affair. If there was such a breakdown and betrayal, the task of putting the relationship back together again seems daunting. Understanding the impact of cheating takes time. Some are not willing to give it time because it feels horrible. How do you fully express remorse without excessive self-condemnation or recrimination?

It also can be difficult to admit ambivalence about moving forward. Moving forward needs proven structure and planning to address what’s missing in your relationship and to rebuild trust. Sustaining change over time is the next challenge.

Essentially lines are crossed when energy is missing from the marriage but found in other relationships, work, hobbies, preoccupations and addictions. On one end of the problem could be the joke or story that repeatedly told to co-workers that gets old by the time you tell your spouse.

Or you may be opening up about work or home problems with someone who understands but the same issue is argued about instead of discussed at home. Flirtation with others may be perceived as harmless but does not happen anymore in your relationship.

Finding time for a date night may become challenging but going out to lunch with colleagues is easy. A boy’s or girl’s night out can become more fun than alone time with your partner. Fun and adventure are found elsewhere.

Work and hobbies can become time-consuming and the relationship can get pushed down the priority list. You have heard of someone who is “married to their work,” or “football widows.”  You have also heard of alcohol or drug dependence robbing both the person and relationship of life.

Relationships are subject to the law of entropy and require a constant influx of energy to counteract its decline. It is a priority based on promises and trust and is measured by the amount of time put into the relationship. To protect the relationship couples regularly connect with each other through words and actions. They overlook irritations but address resentments, rather than withdrawing from resolving conflict.

To resolve conflict they make requests while caring about the other’s needs, allow disagreements rather than criticizing, and generate options instead of insisting on one way of doing things. To build the relationship, they take time to regularly review the positive qualities of the other, guard the time it takes to have fun with the other, and seek “adventures.” They support each other’s dreams.

All infidelity starts in the mind before it goes to the heart. This can happen impulsively as in a one-night love affair, but often there is something missing from your relationship that allows this to happen. The more time spent thinking about alternatives to your relationship plants seeds of discontent.

Barry McCarthy, an expert on extra-marital affairs reported that 20 to 25 percent of males cross this line, with an average frequency of six partners. The reason is not necessarily because the marital relationship is lacking, it often starts impulsively and continues if it involves low maintenance. The infidelity rate for wives was reported between 11 and 15 percent, and often involves “falling in love.” 40 to 45 percent of marriages suffer, but 70 percent survive. It is helpful to ask what does the extra-marital affair represent in the marriage and what can be learned before you decide should I stay or should I go.